News reports on what has come to be known as “the dictionary project” mention how thrilled kids are to receive the dictionaries. This is their very own dictionary, all theirs. They get to look up what they want, when they want. And inside that dictionary are not just fun words, or the tools they will need to excel at reading and writing, but a hidden story about how language, literacy, and culture have been interwoven for centuries.

For 20 years, I was one of a couple dozen lexicographers—defined as “the author or editor of a dictionary”—at Merriam- Webster, the oldest dictionary company in the United States.

The Merriam-Webster headquarters are in a plain brick building in Springfield, Massachusetts, across the street from a community college parking lot and around the corner from the Salvation Army. There is no stately marker that tells you this is where the English language gets made, no neon signage.

The first thing that strikes you upon entering is not just that it’s quiet, but that there’s a peculiar type of quiet that enshrouds the building. It’s a vast quiet, one so broad that the sounds of keyboards clacking, doors closing, and chairs squeaking all drop into a little corner of the aural space. The quiet is not cluttered, thin, or tense, but expansive, like a great inhalation.

This was intentional. I learned, in my first week, that there had been a formal Rule of Silence on the editorial floor for decades, and while it was no longer enforced, it was still very much in effect. Rather than talk, people communicated by passing notes through the interoffice mail, and if you needed to make or take a phone call, there were two very stuffy and claustrophobic phone booths on the editorial floor. The work of a lexicographer requires a lot of wide-open quiet.

And what is a lexicographer’s job exactly? If you are anything like me, you assume, as I did before I had that job, that the people who write dictionaries are the guardians of proper English. So you will imagine my surprise—and, to be honest, horror—when I learned that that was not what a lexicographer did at all. Noah Webster, America’s most notable lexicographer and the Webster from whom MerriamWebster gets half its name, wrote in 1816 that “the business of the lexicographer is to collect, arrange, and define, as far as possible, all the words that belong to a language, and leave the author to select from them at his pleasure and according to his own taste and judgement.”

Here’s how that works in practice. Every day, lexicographers spend time collecting words. We do this by reading everything we can: newspapers, magazines, trade journals, books, social media, blog posts, broadcast transcriptions, movie scripts, advertisements, junk mail, TV dinner containers. Just to make sure that we haven’t missed anything, we subscribe to enormous online collections of print sources, such as newspaper archives or books from the 18th century. If it’s written down, it’s fair game.

But we’re not just collecting individual words. The only way that words have meaning is within a context, and so entire chunks of the language as it’s used end up in our database. Each bit of language is called a citation, and most dictionary companies have millions of them. We are the hungry, hungry hippos of print media, indiscriminately gobbling up whatever we can.

When it’s time to write or revise a dictionary, those chunks of language in the wild become the raw material from which a dictionary entry is crafted. In the dead-tree days, we would get a page with one dictionary column printed on it, triple-spaced, and all the collected citations for the words on that page (“lawgiver” to “lay up,” let’s say). Your job is to read each citation and see if the contextual meaning of the word is already entered into the dictionary.

It sounds simple, but it’s not. The mental gymnastics performed day in and day out trying to nail English to the wall can be trying. You need all that open silence just to hear yourself think. What’s the difference between “teensy” and “measly”? They both mean “small,” but they each describe a different quality of smallness, one that needs to be finely delineated lest someone talk about someone’s “measly bikini.” What exactly does “but” mean in the phrase “Mine not to reason why, mine but to do and die,” and how do you concisely express that meaning without the verbal equivalent of flopping around? Is the “general” in “a general dislike” the same as “a general opinion,” and is that the same as “the general populace”?

There’s another reality, deeper and more unsettling, that you have to contend with every day. The more you work on dictionaries, the more you realize that the very process actually upends everything you thought you knew about dictionaries. The criteria for a word’s entry are just its

usage in print or online. Not that the word gets some stamp of approval from a governing body; not that it fills a gap in our established vocabulary; not that it is aesthetically pleasing. If enough people use any word in writing long enough, then it will likely be entered into a dictionary. The modern dictionary is a record of the language as it is used, not as we wish it were used.

This puts the budding lexicographer in a sticky spot. Most of us fall into this job because we love the English language, and this love usually manifests as a mastery of the rules of English usage. “Decimate” should only be used to refer to a small loss, not to utter destruction; “invite” is a verb, and to make it a noun is the height of laziness; “ain’t” ain’t a word ’cuz it ain’t in the dictionary. We have been taught that to love a language is to take care of it, to prune back the dead wood so that it may bloom more beautifully in the future.

But English is no garden. You would be surprised how many of the bad and ugly words routinely make it into (edited!) print. The majority of the obscene, unprintable words were well in use before the arrival of the printing press in England and have stalwartly held on since. The noun “invite” goes back to the 1600s, as does the “utterly destroy” meaning of “decimate”; “ain’t” shows up in print in the 1700s. “Irregardless”—that most hated nonword, that vile redundancy, that pox upon the fair face of the English language —is more than 200 years old, has made multiple unironic appearances in the New York Times, and has even popped up in the oral arguments of several Supreme Court cases, where it went by without comment.

Our desire to shape English into something lovely is a centuries-old fear of English changing beyond our recognition. No one likes change, but that’s exactly what a living language does, constantly, even within our lifetimes. “Certainly our language now used varies far from that which was used and spoken when I was born,” lamented William Caxton in 1490, back when the English language looked and sounded more like tipsy Dutch, and we echo his general complaint. We holler at kids that, when we were your age, we didn’t abbreviate everything like lazy bums, conveniently forgetting our own youthful RSVPs and BYOBs. Every linguistic bugbear you (or, for that matter, William Caxton, the first English printer) blame on the youth of today is much older than you realize. “OMG,” an online abbreviation for the interjection “Oh my God,” dates back to 1917. It was first used in a letter from Admiral Lord Fisher to Winston Churchill. So much for texting ruining English.

Change isn’t degradation. Take “prepone.” It’s most often used in Indian English and it means “to move something (such as an appointment) to a time prior to the originally scheduled time.” It’s such a delightful, handy little word, but more than that, “prepone” is a fabulous example of how a living language works. “Prepone” first appeared in print with this meaning in the 1910s as a pet coinage of one letter-writer to the New York Times . It went absolutely nowhere until it was revived literally on the other side of the earth, where it became a fixture in Indian English. It’s used so much, in fact, that “prepone” is slowly beginning to seep its way back into the Englishes spoken in the Western Hemisphere. This fluidity, this exchange, this caution-to-the- wind willingness to try something new, is what makes or breaks a language.

Its wildness is also beguiling. Here is a language that has been decried as on the brink of destruction for almost as long as it has been in use; a language that has been slashed and hacked away at, yet continues to grow. That sort of dogged determination demands admiration. Sometimes people hear what I do for work, and they raise an eyebrow and sneer, “Hasn’t the dictionary already been written?” I just smile. English is exuberant. It squirms in its seat as the teacher shushes it, eager to get outside, to yell, to play, to get messy. And I stand sentry in the hall, waiting for the bell to ring so I can head out to the playground and watch it grow.

Read the full story in the September 2019 issue of the Philippine Rotary magazine. 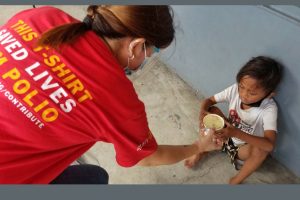 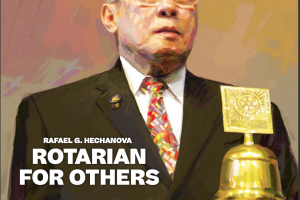 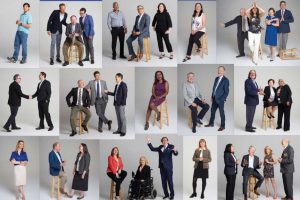 Hawaii in the eyes of a Rotarian
Celebrating 100, A Postscript by Albert Alday
Comment